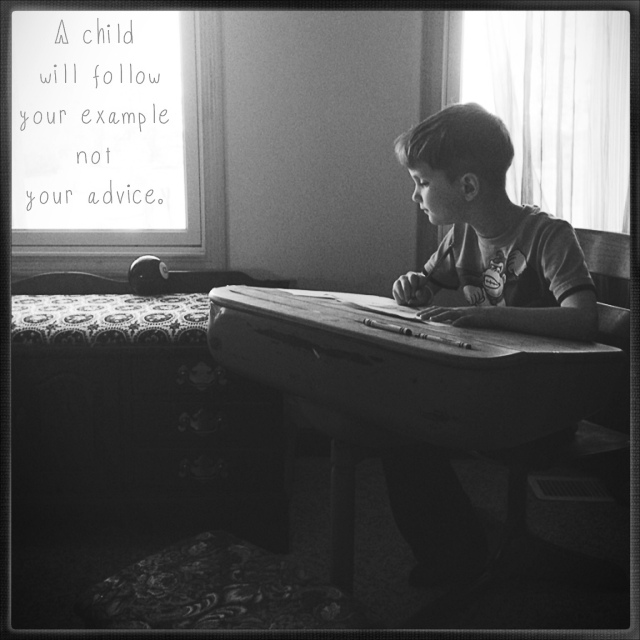 Shout out to the teachers ready to begin anew 2016-17 style. May the schoolyear bring growth and wisdom to all you touch.

Abraham saw the above image (from August 2013) for tonight’s blog and commented that he wondered how long it would be until his hair looked that great again. I didn’t have an answer for him.

Also today, Facebook time hopped me to the following image from a year ago when my friend, Lori, shaved around the Babe’s radiated, tender, swollen noggin with its various hardware and scars. Look at that proud posture despite baldness and illness. He’s a champ. 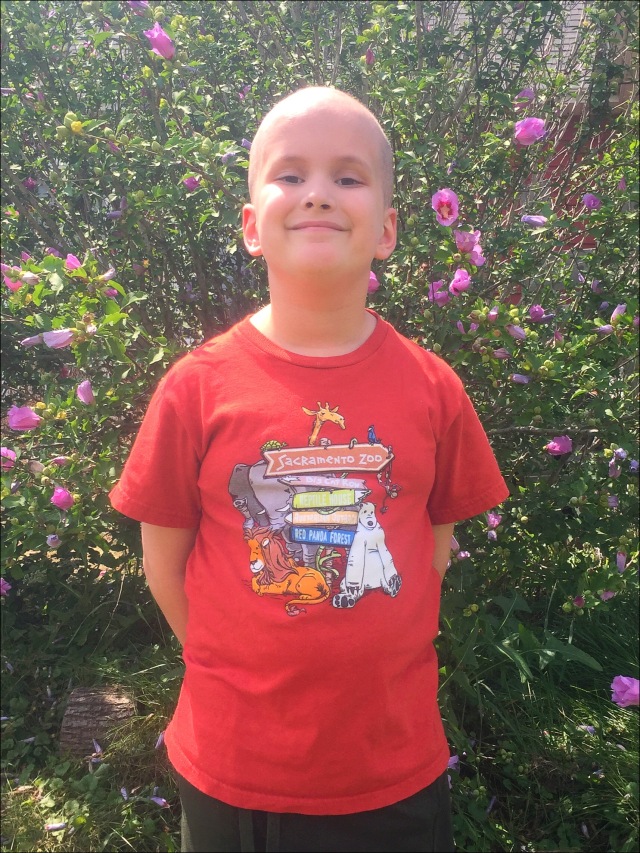 Abraham has been through a lot since that photo was taken. He’s thinner, more tired, and less flexible. In addition, his bones ache, his hearing has deteriorated significantly, and his blood is still trying to recover. I wanted to take a comparative photo in front of the same Rose of Sharon bush, but Abraham’s legs were too tender to walk him there today. Plus, he has a trip to the city for labs and a two-hour IV antibiotic infusion at clinic tomorrow, so I didn’t push.

Instead, we focused on manual dexterity. I started him off by opening the bag, and the rest was all him. He allowed me one peek at the fifth step; and then here, upon completion:

It’s rewarding to follow directions sometimes. Like with Legos. And sometimes, we’re too tired to take a single step. Most days are a little bit of both.

My husband and I try to be decent examples for our sons by showing them how to be patient and kind. I figure, if life is a test and a complex question gets asked, isn’t it easier to answer when an example is shown first? Same concept. We shouldn’t try to tell others how they should “be.” We should instead live our lives as fine examples.

6 thoughts on “The Wall”